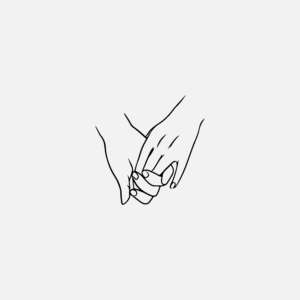 Now that a famous Hollywood mogul has been exposed and Bill Cosby convicted of sexual assault, will men behave better? The problem with celebrity cases like these is that they are simple, we know how to identify the abuser and the victim. Most of the time, however, unwanted sexual encounters are not as straightforward. As psychotherapists we counsel many women who discuss those awkward dates. They weren’t raped, or even coerced, exactly, however in the final act, they consented to more than they meant to – perhaps to protect the man’s feelings, to avoid name-calling that might come from a man’s wounded ego. Too many of these problematic encounters happen from well-meaning people. Is there a better way to protect women, and men, from non-consensual sex?

Relationships are genuinely complicated. We’ve all misread signals, and when it comes to physical intimacy, our own desires can change in a moment. For men and women to have healthy collaborative sexual encounters, they need to learn how share power with each other and how to stay present in the moment.

Unfortunately our relationships largely follow a script that accepts a model of coercive power, reinforcing the abuse we rail against. This understanding of power and strength leads to inauthentic, mindless and often unwanted sexual interactions. But there is a better way to ensure that men and women engage in consensual sexual relations. It starts by analyzing power dynamics within relationships.

Men are culturally taught to be powerful and pursue women (calling, advancing, proposing), while women are taught to be less powerful and submissive. The #MeToo movement has given women the power to say NO loud and clear. However, while exposing this epidemic, it largely relies on the same outdated conversations about power, in which power is uni-directional, requiring an oppressor and a victim.

Power is not the problem. It exists within every relationship and doesn’t have to be bad. “Coactive power” is a term popularized by Mary Parker Follett, an early 20th century social worker and a management consultant. Her model has been used in community organizing and social justice circles, such as Occupy Wall Street in the U.S., or M15 in Spain, to create communities and spaces of shared power. Coactive power is relational (working together, helping each other out, team-up) and reciprocal. Coactive power considers openness and vulnerability (uncertainly, shame, fear, and expressing emotions) as an asset not a weakness.

For men, the dissociation starts when the encounter becomes about power and sex as a reflection of their masculinity. Are you trying to have sex because you like or are incredibly attracted to this woman, and how much of it is also tied with asserting your power and masculinity to yourself? For women this dissociation starts when reluctance sets in. Are you not stopping the act or expressing reluctance for fear of being rejected or shamed by him? Both dissociate, cut off emotional attunement, and instead of focusing on their partner’s messages, they become consumed with the end result. To change this, a few things have to happen.

Both have to learn to practice coactive power, to embrace and celebrate each other’s agency and vulnerability. Both have to understand consent as a process, a dynamic, and not a destination. Men need to delink prowess from personal power, while women have to learn to trust their inner voice. And this has to start outside the bedroom, with practicing sharing power in other, less fraught, domains where everyone has their clothes on.

Parents can start by teaching and practicing a co-active parenting, where they have responsibility for, not power over, children. When deciding on education, parents can enroll them in schools such as Brooklyn Free School, Sudbury Schools, or Queens Paideia School – places where they will learn how to practice non-coercive democratic decision making. Schools can further teach a new kind of sex education, not one that focuses only on making babies, but one that also includes what it means to be in a relationship, when is the right time to have sex. Some schools are doing this, like Beaver Country Day School.

When it comes to work, we can seek alternatives to the current power structure models. Co-operatives or worker-run management structures, as exemplified by Arizmendi Bakery in the Bay Area or the Cooperative Home Care Associates (CHCA) are a good start.

While dating, partners can start by sharing and completing together the Consent Questions complied by Support Zine designed to generate meaningful conversations around consent.

Ending sexual assault and coercive sexual practices between men and women, can only happen when we practice sharing power together, outside and inside the bedroom.