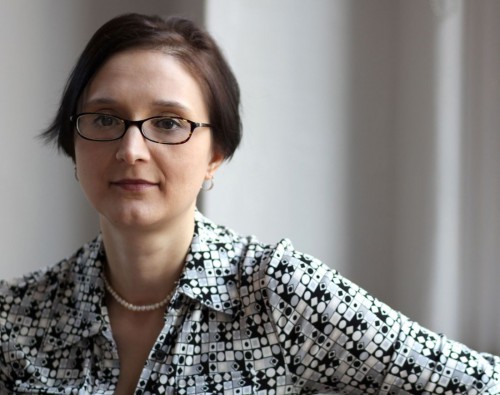 Silvia M. Dutchevici, MA, LCSW is the founder and President of the Critical Therapy Institute (CTI).

With more than twenty years’ experience in social services and a passion for psychotherapy, Dutchevici (pronounced “doot-KAY-vitch”) created CTI when she perceived the need to expand psychoanalytic praxis to reflect how race, class, gender, and religion intersect with psychological conflicts. She has an extensive background in psychoanalytic theory and trauma, with a particular focus on torture. However, after seeing that traditional psychoanalysis was not able to adequately transform and heal her patients, she embarked on an extended period of research and training. Drawing on liberation psychology and critical pedagogy scholarship and combining them with her real-life experience as a practicing psychotherapist, she founded CTI in 2012; it focuses on teaching, research, and the application of critical therapy in advisory, consulting, and educational services.

In addition to her clinical work, Dutchevici is deeply invested in the communities she serves. An immigrant from Romania, she has worked on HIV+ initiatives with The Princess Margarita of Romania Foundation, a humanitarian organization that worked with orphanages throughout that country, providing technical assistance and educating staff on giving better care. She served as the executive director of Queens Pride House, the main service center for the LGBTQIA community in the Borough of Queens, New York City. She was also on the staff of Sanctuary for Families, the Arab American Family Support Center, the Ms. Foundation for Women, and the International League for Human Rights.

Dutchevici is a member of the National Association of Social Workers, Psychologists for Social Responsibility, and the Association of Women in Psychology. She is also a member of Physicians for Human Rights’ Asylum Network, where she conducts psychological evaluations documenting evidence of torture and persecution for survivors fleeing danger in their home countries.

Dutchevici has a master’s degree in social work from New York University and a master’s degree in psychology from the New School, and a bachelor’s degree in religious studies and political science from Fordham University. She trained at the Bellevue/NYU Survivors of Torture Program, the Parent Child Center of the New York Psychoanalytic Society, and the New York Freudian Society. She has lectured and presented throughout the country on critical therapy, including at Fordham University and NYU and has been featured in the Washington Post, The Wall Street Journal, Psychology Today, The Guardian, International Business Times, and Women’s Health. She is a founding board member of Black Women’s Blueprint and was profiled in the 25th edition of Who’s Who of American Women.