Last Friday, Nicanor Ochisor, a 65-year-old cab driver, was found hanging from a wooden beam in his garage in Queens.  A month earlier, on a Monday morning in February, Douglas Schifter, a 61-year-old cab driver, drove up to the east gate of New York City Hall and shot himself in the head while sitting in his car.  Both men were struggling financially, both felt hopeless. 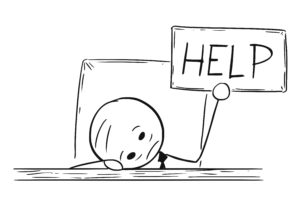 A few hours before his death, Mr. Schifter posted a virtual suicide note on Facebook.  “Companies do not care how they abuse us just so the executives get their bonuses.  They have not paid us fair rates for some time now. Due to the huge numbers of cars available with desperate drivers trying to feed their families they squeeze rates to below operating costs and force professionals like me out of business. They count their money and we are driven down into the streets we drive becoming homeless and hungry. I will not be a slave working for chump change.”

Mr. Schifter’s note went on to outline how he worked 100 hours a week in order to pay his bills, compared to his 40-hour work week when he started driving professionally, in the 1980s.

As a psychotherapist, like so many clinicians, 90 percent of my work in therapy consists of helping patients achieve healthy interpersonal relationships. Yet, one of the most authoritarian and abusive relationships they experience is at the place they spend most of their time: work.

In order to create a healthy relationship, clinicians advise patients to set boundaries, work towards developing agency, and create relationships in which they feel valued and equal.  Yet, while psychotherapists talk in therapy about building healthy relationships, so many workers today are seriously struggling with toxic work environments. Elizabeth Anderson’s book Private Government: How Employers Rule our Lives (And Why We Don’t Talk about It) offers a chilling look at the state of work today.  Anderson analyzes how issues of domination and power are present in unhealthy ways for most American workers. That’s right: Most.

Many of us are familiar with discussions about mental illness as a chemical imbalance; and have a sense of experience-based mental illness, such as veterans returning from war suffering from PTSD. Yet we fail to recognize how American workers suffer from mental illness because of the treatment they receive at work.

The time has come to acknowledge how American workers are struggling psychologically, due to real factors like: precarious job security, low wages, lack of health care and other key social benefits (e.g., paid parental leave).  These factors have become part of our work experience that for many seem “ordinary”, yet cause very real trauma when experienced repeatedly for years or decades.

Statistics from the Department of Labor reflect that forty-one per cent of workers have unpredictable schedules, with employers asking them to come or leave work at any time. The precarity of work is exemplified not only by cab drivers and wage workers like Mr. Ochisor, or Mr. Schifter, but also managers. One such manager is a patient of mine, who holds a high position within a well-known respected company, yet is fearful that he might be replaced if he disconnects from his work at any time.  He even responds to texts during our psychotherapy sessions.

Mental health issues, oftentimes caused by company policies and treatment of workers, are a growing problem in our society, affecting both personal happiness and economic productivity.   As a psychotherapist for more than 15 years, I have counseled survivors of human trafficking, giving me a unique understanding about the effects of exploitation on the human psyche.  Yet, I never expected to hear similar stories, or see similar symptoms like that of PTSD, from American workers.

Clinically, I would diagnose America’s work epidemic, as acute.   The gatekeepers to services like psychotherapy, insurance companies, negatively contribute to this epidemic, often pushing medication over talk therapy, and limiting the amount of yearly sessions they will cover.

Lack of labor and worker focused laws, as exemplified by the employment at will doctrine, gives companies far greater power over workers.  Under employment at will – the situation of the vast majority of American workers – employers can fire workers at any time for any reason or no reason at all (unless specifically prohibited by law by, for instance, Title VII or FMLA).

Solving this epidemic requires thinking outside the box.  One solution is to embrace co-operatives or worker-run management structures as alternatives to current power structure within the work place.  As Virginie Perotin 2017 study  What do we really know about worker cooperatives?, concludes labor-managed firms, offering workers autonomy and giving them a direct stake in managing production, yield more efficient businesses while making workers happier and healthier.   For successful examples we can look at Arizmendi Bakery in the Bay Area or the Cooperative Home Care Associates (CHCA), the largest in the United States.

We also need a stronger social safety net, which might include a universal basic income, as well as real living wages and meaningful protections for job security. As Katherine Burnmaster and her team’s study:  Impact of a private sector living wage intervention on depressive symptoms among apparel workers in the Dominican Republic: a quasi-experimental study, showed, raising wages has a direct effect on one’s mental health.  Finally, psychotherapists should advocate with workers, and also participate in political discussions and policy decision-making.

In the final acts of their lives, both Mr. Ochisor and Mr. Schifter exposed their daily despair.  They also reminded us that the struggles of workers to be able to live and work, play, and love, to enjoy leisure and community, is at the same time an urgent fight for mental health and well-being.