The recent presidential election, more than any other, highlighted how politics matter in our daily lives. It showed how the personal is political. Issues such as: sexual assault, women’s rights, minimum wage, taxes, immigration, religion, they all affect our lives in a very real way. As therapists, we have to be cognizant about the psychological message and meaning of this election. Trump’s victory signifies a setback for sexual assault victims, for immigrants, for people of color (to name but a few). It is also a setback for all of us who aspire towards a more democratic and progressive society. If we see Trump as a reflection of some of our values as a society, we are clearly in trouble.

This election has been traumatic, especially for specific groups targeted by Trump the candidate. There is fear, there is loss, and there is real uncertainty about the future; these issues coupled with mental health problems such as: depression, anxiety (and others), will worsen and create even more stressors. Questions such as: will there be more deportations? Will women feel less empowered to speak up in the face of sexual harassment and assault? Will Muslims be targeted by people who now feel empowered to do so because we have a president that condones violence and harassment against this particular population.  All these issues are coming up for most of us, and one can clearly see how it may negatively impact one’s mental health, and one’s well-being.

As volunteer members for the Asylum Program for Physicians for Human Rights, and as mental health professionals who work with and among immigrant communities, the recent political climate, the hostility towards refugees, asylum seekers, and other immigrants, is deeply troubling. Regardless of what legislative and executive decisions will follow from this election, people are suffering and will be suffering the effects of this hostility.

Some of our patients compared the day after the election with 9/11. As a Trump presidency puts certain populations more at risk than others. You can imagine that the same sense of uncertainty that we all felt after 9/11, about whether or not we are at risk of being attacked again, for some folks, that uncertainly, that deep fear, was felt and is felt with this election. This fear is not pathological, but rather a normal reaction to what Trump the candidate, said he would do as president. 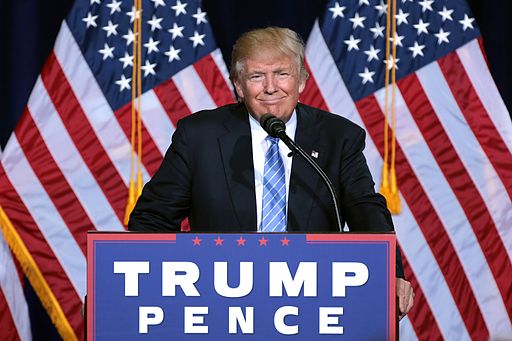 Further, psychologically, when one encounters a traumatic event, all other unresolved traumatic experiences return. For people who have been structurally oppressed by our society and systems, this election has brought to the surface some of those unresolved traumas.

Yet, not all hope is lost. Although most of our patients were deeply disturbed and hurt by this election, they are also resilient, as most survivors of trauma are. It is important to remember that healing takes time and stages. The day after the election we dealt with the shock, and in days to come we will process the fear. Further down the road, we will also encounter hope, which will bring action and rebirth. This election can also be seen as an opportunity to self-reflect, to acknowledge how the political will always be personal and how to organize to create a more just society. In that spirit, CTC has just signed on to a published statement entitled From America’s Healers: A Letter to our Patients in the Trump Era, created by the Social Justice Coalition of the Cambridge Health Alliance; this statement speaks to our values and our continued commitment to social justice.

Violence in the name of safety