“[The] Americans, much like the ones I met, described interactions that were ‘driven by hormones,’ in which boys determined relationships, male pleasure was prioritized, and reciprocity was rare. As for the Dutch girls? Their early sexual activity took place in loving, respectful relationships in which they communicated openly with their partners (whom they said they knew ‘very well’) about what felt good and what didn’t, about how ‘far’ they wanted to go, and about what kind of protection they would need along the way. They reported more comfort with their bodies and their desires than the Americans and were more in touch with their own pleasure.”

As Orenstein points out, the difference in the perception of sex between the Dutch and American girls is that Dutch girls spoke with teaches, doctors and parents truthfully about sex and pleasure and also about the “the joys and responsibilities of intimacy.”

Teaching young men and women about sex and pleasure is essential to ensuring that they will have healthy satisfying sexual relationships. Even further than that, it requires that both men and women reclaim their subjectivity as subjects and refuse to give into unrealistic expectations of masculinity, femininity, sexuality and pleasure. 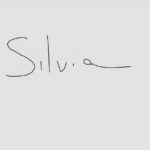 World Cup: root for the players, stand with the protesters