This week The New York Times featured an article by Richard Brouillette, entitled Why Therapists Should Talk Politics, discussing the role of politics in the consulting room. Brouillette makes the point that:

psychotherapists are playing a significant role in directing this blame inward. Unfortunately, many therapists, because they have been trained not to discuss political issues in the consulting room, are part of the problem, implicitly reinforcing false assumptions about personal responsibility, isolation and the social status quo. 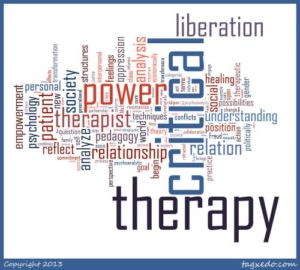 We couldn’t agree more.  And that is precisely why four years ago, we created the Critical Therapy Center with the belief that traditional psychotherapy helps, but does not produce the much needed transformational change. We believe therapy should be transformational and empowering, moving individuals to action.

Historically good therapy is considered to be a-political and the therapist’s role is at most, supportive and at least that of a blank slate. Yet, those practices of therapy as Dennis Fox, Tod Sloan among others, (2009; Sloan, 2000) point out serve the status quo and lead individuals to believe that their personal problems are just that – personal. Instead of integrating the personal within the political, therapists are trained that ideology and politics have no place in the consulting room.  Yet, the feminist movement has taught us that the personal is political (Hanisch, 1969). Psychological science and practice is no different. Ideology is always already present in the clinical room. We just pretend to be neutral. Worse, by being neutral we are unconsciously or tacitly promoting and accommodating the neo-liberal ideology, the status quo.

Freud believed that analysis is based on both verbal communication between the patient/therapist and unconscious communication. If the therapist’s ideology is partly unconscious, can we assert that our ideology always already comes into play in analysis/therapy (Varchevker, 1989)? When adopting an objective, apolitical, asocial stance, the therapist is silently siding with the dominant discourse of oppression and fails to address patients holistically as individuals and as members of society.

To ignore politics in therapy, is to ignore a big part of a person’s life. Issues such as: poverty, sexual harassment, family leave, access to healthcare (including mental health), work-life balance (to name but a few), are good examples of how politics and mental health are interconnected.  Clinically, in our current culture, good therapy is seen as a place where one separates the psychic from the social; and those therapists who talk about the social are seen as “political.” In this fashion, dominant culture encourages people to go to therapy, to work on their issues, rather than form social alliances and rebel (Layton, 2004).

Feelings of guilt for being poor have replaced the fight against social injustice. And the anxiety that one is not good enough has pacified people so that they not only work longer hours in their jobs but often work equally hard at remaking themselves. (Salecl, 2009, p. 179)

Salvadoran psychologist Martin-Baro (1994) believed that the role of a psychologist is not to explain the world, but to change it for the better. He challenged psychologists and mental health professionals to engage with the sociopolitical challenges and movements around them, rather than understanding them from the perspective of scientific spectators. He believed in de-ideologizing everyday experiences, and as a social psychologist he did this by advocating for participatory research. In the therapeutic setting this translates by admitting that the therapist cannot be neutral. The critical therapist enters the clinical hour with a preferential option for the oppressed and the marginalized and is always mindful of the ways power is refracted (for example) through race, class, gender and religion, and questions how it interacts with the therapeutic process. S/he receives and explores the patient’s experience, particularly the avoided and dissociated aspects, by returning it to the patient as data and dialoguing about it. 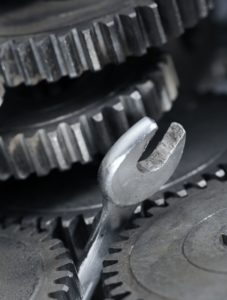 Critical therapy leads to individual and social transformation. The understanding by a patient that her/his oppression is partially constructed by social inequality is the first step. It is the role of the therapist to facilitate the continued interrogation of the notion of social inequality, revealing how the personal is political, and how the patient’s liberation and empowerment is related to and depends upon that of others. As a result of this process the patient becomes not only an agent of personal change but of social transformation as well. Through her/his practice of liberation and empowerment the patient begins to create safe spaces for others while helping them to explore healthy personal and social identities. Critical therapy makes possible different kinds of relations to others and those relations invite others to explore their own liberation and empowerment.

In critical therapy, the consulting room becomes the place where patient and therapist begin to look at social conditions as part of psychological problems, and together they can focus on internal problems as well as social transformations. To be clear, our work is not about forcing our patients to be political activists, but about asking them questions regarding their personal feelings, as well as about society and the world we live in. To make them aware of the social conflicts they struggle with every day and how their story fits into the larger picture. Perhaps, the biggest lesson they will learn is that they are not alone. In this manner, practice becomes revolutionary.

Aside from offering therapeutic comfort and therapeutic insights, therapy also becomes a performative practice where patients actively reflect on their own power and relationship to the ongoing project of an unfinished democracy. It is precisely this relationship between democracy and therapy that is hopeful and empowering.