Fall is upon us, marking the end of summer and the beginning of another season. Reflecting back, this has been an interesting summer, as discussions about work-life balance, vacations, family leave and mental health surfaced in the news. These conversations ultimately require us to ask ourselves what type of world do we want to live in? What do we value? And how do we put those values into practice? 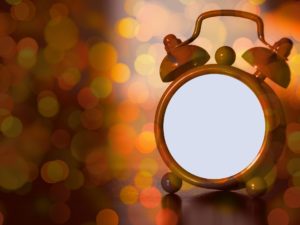 Debates over paid family leave were at the forefront this summer as Netflix announced its new policy on family leave (that actually left some folks behind), Anne-Marie Slaughter released Unfinished Business, a book which grew out of her 2012 Atlantic essay Why Women Still Can’t Have It All, and various articles discussed the benefits of vacation, including Time Magazine’s cover entitled Who Killed Summer Vacation? These issues continue as the DC City Council is considering a family leave policy that would require employers to offer as much as 16 weeks of paid family leave, and the presidential debates are tackling some of these topics.

Perhaps these issues at first may seem less important than income inequality, mass shootings, police brutality, and lack of health care, to name but a few. They might not even seem related to mental health in particular, yet they are essential overall to physical health and quality of life: two of the main ingredients affecting mental health. They are also embedded in talks regarding income inequality and privilege. Without paid family leave, it is extremely difficult to raise a healthy child, while also trying to maintain a close relationship with one’s partner, family and friends. Without time off, it is impossible to be a healthy productive person. Both of these issues affect all of us, with special hardships to low income wage earners, part-time workers and single parents. These groups are also disproportionately populations of color, and the lack of paid leave has negative consequences not only on families, but also communities, children, the elderly and people with disabilities.

Chronic stress takes its toll, in part, on our body’s ability to resist infection, maintain vital functions, and even the ability to avoid injury. When someone is overworked, tired and stressed, they are more likely to become ill, or have an accident. Slowly their sleep suffers, and mentally there is more irritability, depression and anxiety, which in turn leads to less socializing, more isolation, loneliness and eventually depression. The benefits of vacations goes beyond personal well being, extending to family and relationships. Research conducted by Purdue University Professor Xinran Lehto shows that family vacations contribute positively to family bonding, communication and solidarity. Vacations promote what is called the “crescive bond” ( a shared experience) by fostering growing and enduring connections. Shared family activities create memories, that promote positive ties.

Currently, the United States is the only developed country that doesn’t require companies to give their workers paid time off. Worse, even when workers get paid leave, they seldom take it for fear of losing their jobs or becoming expendable. Multiple hours-worked studies conducted by the Bureau of Labor Statistics and the OECD found that the average American worker works longer hours than any advanced country. The US is also the only industrialized nation not to offer paid maternity/paternity leave. As a result, US has been condemned for human rights violations by Human Rights Watch and ranked last in breastfeeding support by Save the Children. It should come as no surprise that currently the top selling drug in America is an antipsychotic/antidepressant called Abilify. By medicating ourselves, we become convinced that we are the problem, rather than expand the inquiry to a bigger question namely: how much is our depression enhanced or even triggered by our environment and society?

The lack of paid parental leave in the U.S. persists despite abundant evidence that it benefits children’s health and development. The strongest evidence comes from Norway, where paid maternity leave led to reductions in later high school dropout rates.  Studies examining paid leave across a range of countries found that it reduced infant mortality, and increased health benefits for both caretakers and children. One study released in May 2015 in Social Science and Medicine shows that the benefits of paid maternity can have long lasting effects. The study found that paid maternity leave following the birth of a first child appears to have positive benefits on women’s mental health late in life.

As Slaughter’s points out in her book Unfinished Business, our lack of paid parental leave hurts women and men. Throughout the book she reinforces the unavoidable conclusion: the way we construct work in the US is not working for either men or women. She also points out how family leave is connected to women’s roles in the workplace and how they are valued. Yet, family leave is not a woman’s issue (as some politicians, reflecting patriarchal values, might have us think); it is a society issue, it is a family issue. 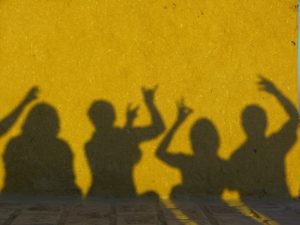 the company announced it will allow new parents up to a year of paid time off. Yet, further investigation revealed that this policy would affect only a small handful of workers. For the vast majority of workers, Netflix’s policy mirrors the rest of the country when it comes to paid family leave. Just 12 percent of people working in the private sector get the benefit at work, but even that is skewed by income. Low-income and part-time workers are less likely than their higher-income and full-time peers to get paid parental leave. Professional workers are also a lot more likely to get it than people in service jobs, yet they also have to fear how that leave will be perceived at work.

As therapists and mental health professionals we know that safe, stable and nurturing relationships and environments are the foundation for a healthy and happy life. When families are able to care for each other it creates healthier individuals and growing communities – the foundations for a happier society. Since the personal is always political, social workers in particular learn that there are many ingredients contributing to health, not just family/personal life, but also policies and systems that affect and shape that everyday life. The benefits of paid family and vacation are key to healthier, happier individuals and families, that in turn will benefit society and employers. When paid leave policies are present, people are healthier, they use less sick time, they need less health care, and their children do better in school.

Yet, let’s leave aside the research on how being kind to families and to ourselves would benefit employers, business and productivity and for a second think of the the type of world we want to live in. Do we want to live in a society where work is the only priority? Where work is necessary to daily survival that we have to medicate ourselves to make it through? Or, do we want to live in a world where work is a part of life and we get to play, dance and live in flourishing communities? Whether or not we have children is not an issue. Whether or not you are a woman is not the issue. Whether or not you like your job is not the issue… The issue is this: our way of life is hurting us and leaving us depressed, lonely and heavily medicated. When do we put a stop to the madness?